COME TO VISIT VASTO AND SURROUNDINGS

UNFORGETTABLE HOLIDAYS IN A MODERN AND ELEGANT CONSTRUCTION, LOCATED IN THE WONDERFUL GULF OF VASTO MARINA

Vasto is the ancient Histonium that was founded by Diomede, the city of Frentani, then Roman, Rebel in the social War, a Social Hall of the Romans. Destroyed by Silla, later fortified by Theodoric, then aggregated to the Duchy of Benevento. In the nineteenth century it was taken and destroyed by Pepin. He also had other stories of war and passed under various feudatories. In 1463 it was besieged by Ferdinand I^. From 1496 to 1798 it belonged to the D'Avalos. Birthplace of the poet and patriot Gabrielle Rossetti and brother of the painters Gabrielle and Palizzi Smargiassi. Vasto is one of the most interesting cities in the region, owing its fame to the history, monuments and the kitchen.

The kitchen in Abruzzo is the mirror of his character, pure and simple because it merges the products of its land with the sea. There are many local products such as home-made spaghetti, sweet ravioli, a typical fish dish, la scapescie vastese style, ventricina (typical pork sausage made ??with a special process) and finally the famous fish soup.

What to See in the Surroundings

A Territory to Discover

Abruzzo with 4 national parks, 1 regional and 30 reserves is the "greenest region in Europe", the ideal place to spend your holidays and do many wonderful and interesting excursions.

The Tremiti Islands are the only Italian archipelago of the Adriatic Sea and are located about 12 miles off the Gargano, in the north of Puglia. Also known as Diomedee, the Tremiti represent a small corner of paradise that attracts thousands of tourists every year thanks to the clear sea, the clean waters, the pleasant climate, the pure air, the luxuriant vegetation, the wild and uncontaminated nature, the bays and headlands, low and sandy, but also high and rocky coasts with cliffs overlooking the sea. 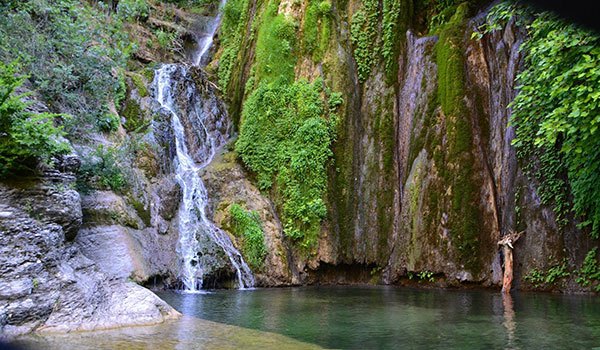 The fundamental characteristic of the Majella National Park is the uninterrupted presence of man on its slopes from the dawn of time, witnessed by the various prehistoric deposits. Always "mother mountain" of the Abruzzese, on this mountain live the wolf, the chamois, the otter, the roe deer and over 30 species of birds. In the park you can admire small towns of great historical interest such as Pacentro, Pescocostanzo, Guardiagrele, different hermitages and abbeys. 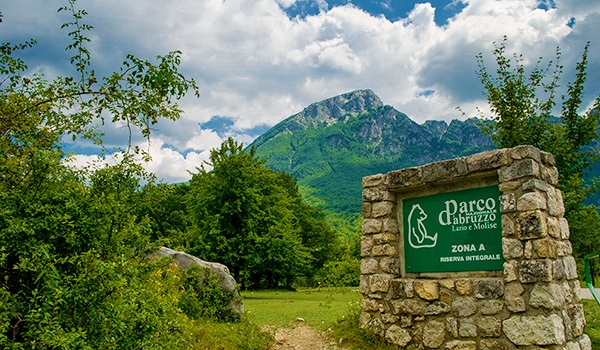 The National Park of Abruzzo, Lazio and Molise is the oldest and most important in Italy. The biodiversity of the Park is very rich and varied both from a plant and animal point of view, just think of the presence of the Marsicano Bear. The heart of the Park is Pescasseroli, but there are many villages that offer art, culture, culinary and artisan traction and that allow for lots of didactic and sports activities. 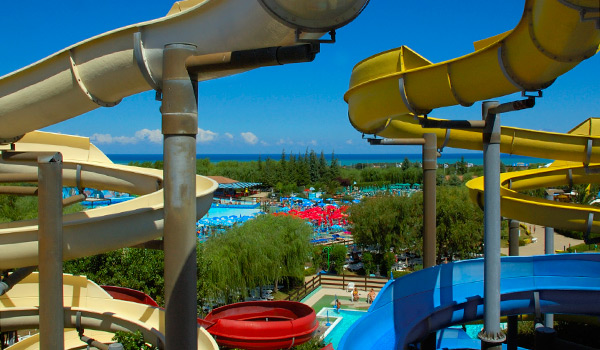 The Park is open every day from June 16th to September 2nd, from 10am to 6pm. To make you enjoy all the fun of the Aqualand summer, we offer you a wide and diversified range of services that will make your stay even more comfortable and sure by responding to all your needs, take advantage of it immediately. Possibility to have a € 5 reduction on the ticket price, by contacting the hotel reception directly.